New year, new hopes and a new journey ahead towards minimising a loss function to reach our goals throughout the year!

If only our journey were a multivariate continuous function, things would be so much easier…!

Our life may be way more complex than that, but fortunately, there is a field where optimisation finds extremely practical and fruitful applications. This field is no other than machine learning of course.

Let us dive in the new year by sliding down new exciting slopes using one of the most popular optimisation techniques: the fabulous Gradient Descent.

Gradient descent is a widely popular optimisation technique used for training neural networks (NNs). Despite not assuring to reach a theoretical global minimum, empirical use and evidence shows that it still works “well enough” by reaching local minima (which are usually proximal to the global optimum). Thus, instead of providing an analytical solution for achieving the global optimum (which is most often not possible due to the high complexity of the functions represented by NNs), it manages to attain local optima using heuristics.

The algorithm for calculating Gradient Descent is very simple:

As a quick Calculus refresher, the gradient of a function is a vector of all partial derivatives of the function. For example, let’s assume a function with three variables:

Let’s try to calculate the gradient descent for a 2-variable function:

Assuming a learning rate a of 0.5, we move to the negative direction of the gradient: 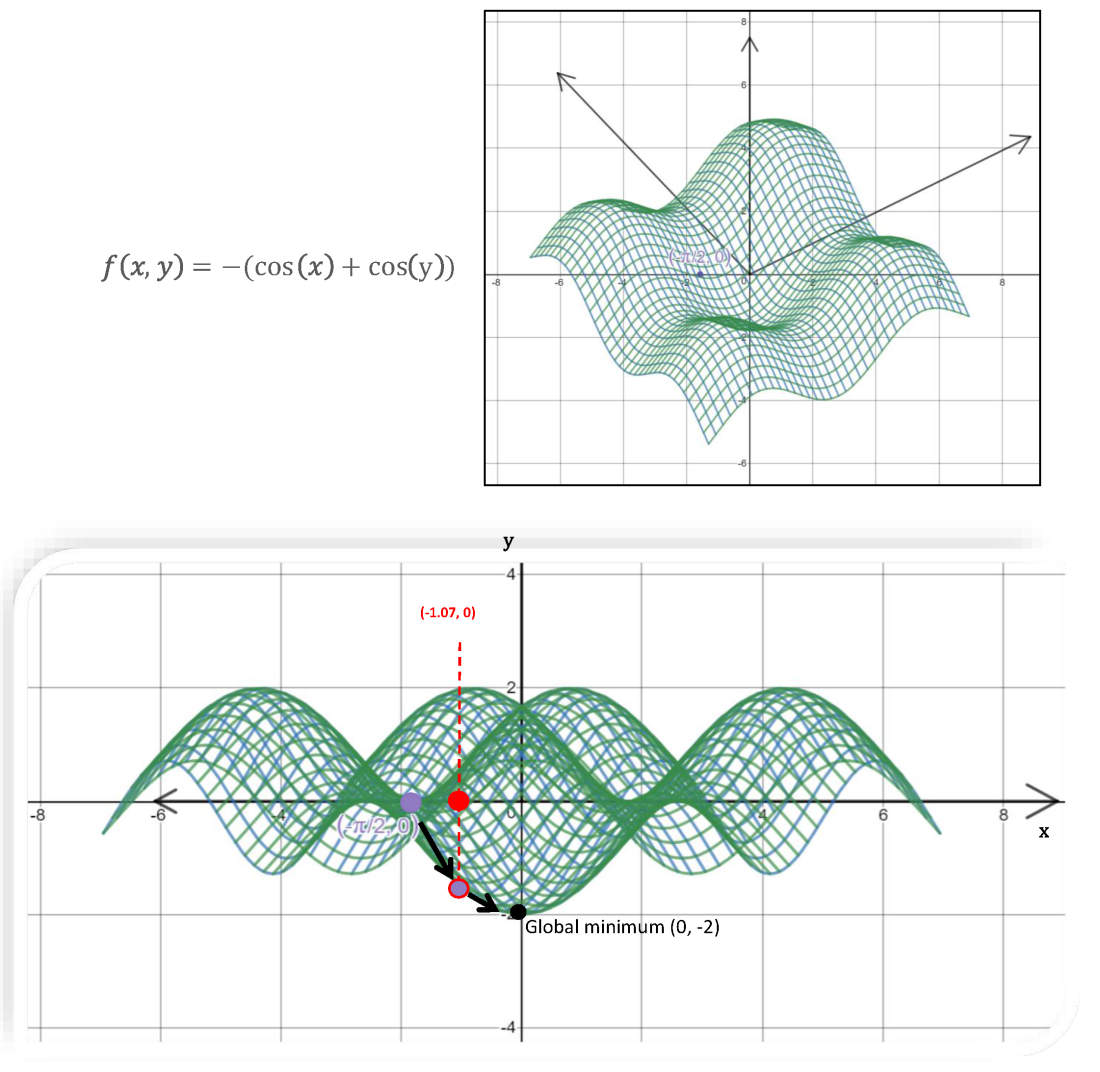 Can you think what would happen if our learning rate was a = π ?…

Then, starting from point

we would move to

and then back again to

, ending up to an endless oscillation that would never converge. So, selecting an appropriate learning rate is critical for the convergence of the optimisation method!

Hope that helped a bit build your intuition regarding gradient descent, a simple yet powerful technique for optimising a multivariate continuous loss function during neural network training.

Happy New Year to all! 🙂

View all posts by Dimitris Vitsios